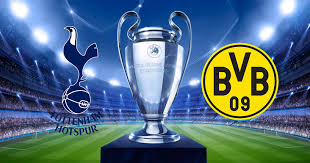 Tottenham Hotspur hosts Borussia Dortmund at the Wembley in a first 1/8-final from the UEFA Champions League. Let’s have a look at this clash in the English capital in our reviews for today.

Tottenham qualified for the 1/8-finals with a lot of effort and a little bit of luck. Spurs finished 2nd in their group, beating Inter for this place and the right to continue. Barcelona won this group without much of a problem. In the last round of the group stage, Tottenham were helped by PSV, who made a draw against Inter at the San Siro, helping Tottenham to continue.

Tottenham have a very good squad and a talented manager 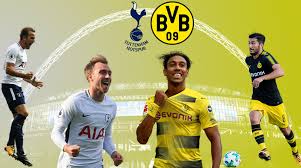 , but they are still waiting for their big performance in the Champions League. But against Dortmund it’s going to be very hard, because two of Spurs’ best players are unavaliable for selection – the captain Harry Kane and the influental midfieder Dele Alli. Now it’s up to the manager Mauricio Pochettino to find a solution to this problem. Missing these two players is a huge hit on Tottenham’s ambitions. 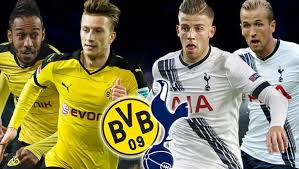 on the other hand are a true relevation this season. In the Champions League the German club beat Atletico Madrid for the first place in the group phase. But it’s even more impressive what Der Borussien are doing in the Bundesliga, where they are leading the standings, turning out to be the main favourite for the title. The Swiss manager Lucien Favre turned out to be a huge revelation at Signal Iduna Park, changing Borussia Dortmund’s performance in a drastic way. If they continue like this until the end of the season, they could do some amazing things.

That’s what we had to say about the Champions League clash between Tottenham and Borussia Dortmund at the Wembley.