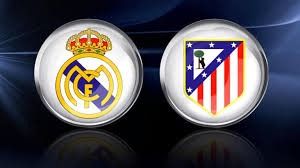 It’s time once again for the great derby of Madrid, because Real are facing Atletico in a match from the 7th round of the Spanish La Liga. The derby is going to be played at the Estadio Santiago Bernabeu on Saturday night.

Real Madrid had a very tough last game against Sevilla at the Ramon Sanchez Pizjuan. Julen Lopetegui’s team suffered a heavy 0-3 defeat against the home team, which didn’t allow them to get ahead of Barcelona at the top.

Real Madrid’s manager Lopetegui admitted in front of the press that his team underachieved against Sevilla. The bad news for Real are the fact that this terrible loss became reality just a few days before the derby against Atletico. Now Los Merengues have to get back on their feet and try to bounce back against their city rivals.

Atletico Madrid had some problems since the start of the season, but in the last two rounds Diego Simeone’s boys achieved two wins, beating Getafe and Huesca. They also kept two clean sheets in these matches.

In the previous round Atletico didn’t give any chances to the visiting Huesca, beating the newcomers with 3-0 at the Wanda Metropolitano. Antoine Griezmann, Thomas Partey and Koke scored the goals for the winning side.

This is our look at the La Liga capital derby between Real Madrid and Atletico Madrid at the Estadio Santiago Bernabeu on Saturday night. Depending on what Barcelona does against Athletic Bilbao, one of these two teams could lead the table after this game. But winning this one is also a matter of honour.