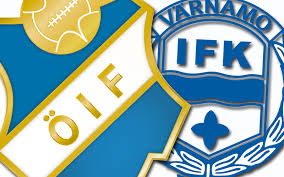 Öster hosts Värnamo in a match from the 12th round of the Swedish Superettan. The game is going to be played on Sunday night.

Right now Öster are closer to the top than their next opponent. They are currently 5th in the league standings with 17 points, being on just three points behind the 3rd Dalkurd and the promotion play-off zone.

Although they are currently in a good position in the Superettan, Öster are being pretty inconsistent in their performance since the start of the new season. They have won 5 of their 11 matches so far, but they also lost 4 of them. In two cases they ended their games with a draw. Öster have scored 16 goals so far and conceded 17.

As for Värnamo, right now they are 11th in the standings with 13 points. But that’s not really that bad as it seems, because a win in their next game could improve drastically their position in the table.

Värnamo have a record of 4 wins, 1 draw and 6 losses in the league so far. They have scored 16 goals and conceded 16. Before winning against Frej in the last round, they were in a bad run of three consecutive losses.

Let’s take a look at the head to head record between these two teams. For the last time they have met in August 2014, when the match between them ended with a 2-2 draw. But we could say that Öster have a really serious advantage over Värnamo in the direct matches since 2011. In the last six times when they have met, Öster have won half of these games. And Värnamo managed to record just one win – 3-2 in April 2014.

Although Öster are currently with six positions ahead of Värnamo in the standings, the difference between these two teams is just four points. We should expect a competitive game.