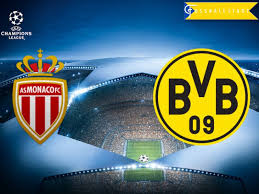 After winning the first leg in Germany with 3-2, now Monaco welcomes Borussia Dortmund with one big goal in mind – to reach the Champions League’s 1/2-finals for a first time since 2004. Leonardo Jardim’s team is showing some great football this season and it’s not surprising that they are currently beating PSG in the fight for the Ligue 1 title in France.

The first leg at the Signal Iduna Park was played just one day after the terrible accident in Dortmund, when some explosives blew up near Borussia’s bus and even injured the Spanish defender Marc Bartra. Probably still shocked by what happened, Dortmund’s players lost the game with 2-3 and put themselves in a very complicated situation before the second leg in Monaco.

We expected a high-scoring game in Dortmund and we enjoyed one. Now the expectations are pretty much similar. Dortmund need goals to qualify for the next round and they are obligated to attack in full force at the Stade Louis II.

In same time, we all know how good and effective this Monaco team is when it comes to attacking and scoring goals. If you think that Jardim’s team is just going to sit back and defend the result it got in the first leg, then you probably don’t know this Monaco team very good. Expect to see them attacking and looking for goals, just like they are doing all of the time since the beginning of the season.

What we could expect from the game at the Stade Louis II is attractive, offensive football and most probably – many goals from two teams who just can’t sit back and defend. Of course, given the result from the first leg, Borussia Dortmund are the team who was to be more aggressive and look for the goals. But how will Monaco answer to this?