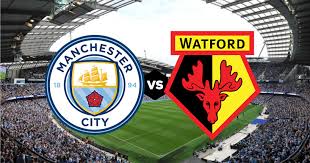 The champion and current leader in the Premier League Manchester City hosts Watford in a match from the 30th round of the league. Here are our thoughts about this clash at the Etihad.

After Liverpool’s draw against Everton and Manchester City’s win over Bournemouth, now the Cityzens are once again leaders in the Premier League. At this moment Pep Guardiola’s team have 71 points won and one point advantage in front of the 2nd Liverpool. City are in a great shape lately, winning all of their last five matches in the league. Once again they are the number one favourite for the title in England.

In the previous round Manchester City visited Bournemouth at the Vitality Stadium and achieved a difficult, but important 1-0 win. The only goal in the game was scored by Riyad Mahrez after 55 minutes of playing. The Algerian midfielder scored after an assist from David Silva.

Watford on the other hand are 8th in the Premier League standings with 43 points won so far. Javi Gracia’s team have a record of 12 wins, 7 draws and 10 losses from the matches played so far. In their last five games Watford enjoyed three wins, made one draw and suffered only one loss against Liverpool at the Anfield.

After a 0-5 defeat against Liverpool, Watford bounced back with a win. Javi Gracia’s boys faced Leicester City at the Vicarage Road and enjoyed a 2-1 win. Troy Deeney and Andre Gray scored for the winning side, while Jamie Vardy scored Leicester’s only goal in the game.

Of course, Manchester City are favourites against Watford, especially at home. Guardiola’s boys know that they must win in order to keep the first place ahead of Liverpool. But in same time they must also think about the Champions League clash with Schalke 04 which follows this game.