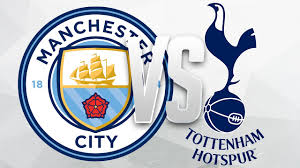 It’s going to be really interesting at the Etihad on Wednesday night, because Manchester City welcomes Tottenham Hotspur in a second leg from the UEFA Champions League 1/4-finals. Let’s take a minute to see what’s going on with these two teams before their meeting.

At this moment Tottenham have the upper hand in this battle. Spurs enjoyed a 1-0 win in the first leg, thanks to a late winner by Son Heung-Min. It was a very competitive game between these two teams at the Tottenham Hotspur Stadium, but a moment of brilliance from Christian Eriksen and Son’s perfect finish separated them.

Now Manchester City are in a complicated situation. They will have the advantage to play at home in the second leg, but the result from the first match will make them very careful. City’s manager Pep Guardiola is perfectly aware that even one away goal from Spurs could decide everything in Tottenham’s favour.

The bad news for Tottenham are that they can’t use their star striker Harry Kane until the end of the season. Kane got injured in the first game with City and he won’t be avaliable for selection. Most likely Lucas Moura will replace him in the starting eleven, bringing more pace in Spurs’ team.

As for Manchester City, the good news come from the recovery of Bernardo Silva. The Portuguese international missed the first game because of an injury, but he returned on the pitch during the match with Crystal Palace in the weekend. Bernardo is one of City’s best players this season, so most likely Guardiola will put him in the starting eleven on Wednesday.

We can conclude that Tottenham Hotspur have the advantage against Manchester City from the first leg, but the Cityzens do their best to progress and reach the 1/2-finals. They know how to score goals, but this time they must be careful not to concede as well.