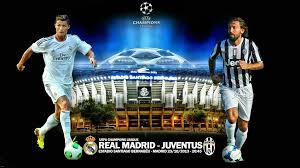 Juventus faces Real Madrid in the big Champions League final in the Welsh capital Cardiff. And every fan of football across the globe will be watching.

Let’s take a look at the numbers. How these two clubs perform in the competition?

They have also won it two times in the last three years – both times beating city rivals Atletico Madrid in the final. Since the beginning of the century, The Los Blancos have won the Champions League in total of four times – 2000, 2002, 2014 and 2016.

Juventus on the other hand are looking for their first triumph since 21 years. It was 1996, when The Old Lady won the competition for the last time. And their second in history. After beating Ajax with penalty shoot-out in the final in Rome, Juventus lost four consecutive finals. In 1997 they lost to Borussia Dortmund and in 1998 they reached the final for a third time in a row, but this time losing against the team they are going to face tonight – Real Madrid. In 2003 Juve suffered another lost – in the Italian clash against Milan. And just two years ago The Old Lady was beaten by Barcelona in Berlin.

If Real Madrid is the club with the most finals won, Juventus is the club with the most finals lost. This is a worrying statistic for the Italians, but how we know very well – statistics are not playing on the field. Juventus could stop this terrible run of finals being lost, but it won’t be easy for them. Especially when your opponent is named Real Madrid.