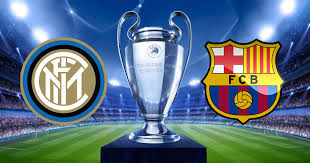 Inter hosts Barcelona in the big derby of Group B of the Champions League. This match is going to be played on Tuesday night at the legendary Stadio San Siro in Milan.

Inter are 2nd in this group with 6 points won so far. The Italians won their first two matches against Tottenham and PSV, before suffering a 0-2 defeat against Barca at the Camp Nou. Even without the injured superstar Lionel Messi, Los Cules managed to beat the Nerazzurri with goals from Rafinha and Jordi Alba.

Now Inter will try to fight back. Despite of the loss in Barcelona, Luciano Spalletti’s team still have chances to win this group. But in order to do this, the Nerazzurri have to win this one.

The return of Lionel Messi is the big news for Barca. The Argentine genius had a hand injury, but he recovered and he’s once again training with the group. But it remains to be seen if the head coach Ernesto Valverde will put him on the pitch against Inter. Maybe he will start from the bench, who knows?

Inter on the other hand are in a very good form at the moment. Spalletti’s team is enjoying a run of 5 consecutive wins in the Serie A. Inter are currently 2nd in the Calcio, being only behind the champion and current leader Juventus. In their last game Inter beat Genoa with 5-0 at home with goals scored by Roberto Gagliardini (2), Matteo Politano, Joao Mario and Radja Nainggolan.

For Barcelona it’s usually a difficult moment to visit the San Siro. When these two teams met for a last time in 2010 in the 1/2-finals of the competition, Inter enjoyed a 3-1 win at this ground. A win, which allowed them to qualify for the final. What will happen this time?