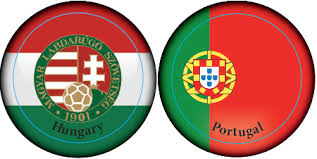 Hungary hosts Portugal in a World Cup qualifying match from Group B.

Portugal are currently second in the group, falling with 3 points behind the leader Switzerland. They are expecting their home game against the Swiss team, which could allow them to win the group and qualify directly for the World Cup. But before that, they must continue winning every game they could, because even one point loss could be fatal in their quest.

After losing the game against Switzerland, Portugal are in a run of nothing else, but wins. They are merciless against all of the other teams in the group. Now they will try to continue this tendency against Hungary as well.

As for Hungary, they are currently third in the group with 10 points won from 7 games. Most probably they will finish third in this group, just as it was expected before the start of the campaign. They have 5 points advantage in front of Faroe Islands, who are surprisingly 4th at the moment.

We could say that Hungary are playing mainly for their honour at the moment. They do not have a chance to win first or second place in this group, but they could still bring joy to their fans with some good games and results. And the match against Portugal is a good chance for that. Everyone wants to get a point or three from Cristiano Ronaldo’s team, right? And let’s not forget – Portugal are the new European champion as well!

Of course, Portugal are the clear favourite here. They know very well that they should not make a mistake, because every mistake could mean a goodbye to their hopes to win the first place in the group. We shall expect to see them very motivated against Hungary. Will they win? Well, we think so!