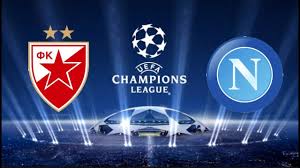 The Serbian giant Crvena Zvezda faces Napoli in a match from Group C of the UEFA Champions League. Let’s take a look at this clash, which is going to be played in the capital of Serbia Belgrade.

Winners of the European cup from 1991, Crvena Zvezda are one of the biggest football clubs on the Balkans. They finally returned among Europe’s best after eliminating the Austrian champion Salzburg in the playoffs of the competition. For Zvezda this is a huge event to be back in the Champions League. And you can be sure that they’d want to start in an impressive way, although the draw sent them to a very difficult group in the company of Napoli, PSG and Liverpool.

Crvena Zvezda are clearly the underdogs here, but it doesn’t mean that they can’t cause an upset or two. The teams from the Balkans are always playing with a huge desire to win, especially at home ground. It means that for Napoli it won’t be easy to win in Belgrade.

Speaking of Napoli, for the Azzurri this is a new era. The club’s former manager Maurizio Sarri left after the end of the previous season, deciding to manage Chelsea. Sarri was replaced by the legendary Carlo Ancelotti, who has won the Champions League three times in his career.

In the Serie A Napoli started the season with three wins from the first four rounds, losing points only during their defeat to Sampdoria. Right now Napoli are third in the Serie A standings, trailing on 3 points behind the leader and reigning champion Juventus.

We won’t say anything new to you if we say that Napoli are the favourites in this clash against Crvena Zvezda. They are the better team, of course. But we advice you to be careful, because the teams from the Balkans could be very unpredictable.