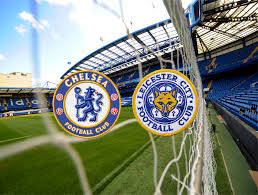 Chelsea welcomes Leicester City in a game from the 18th round of the English Premier League. Let’s take a look at this clash at the Stamford Bridge in London on Saturday.

Chelsea are currently 4th in the standings with 37 points and a record of 11 wins, 4 draws and 2 defeats. In their last five games the Blues won three times and suffered two defeats. Right now they are in a run of two consecutive wins, achieved against the champion Manchester City and Brighton & Hove Albion.

Pedro and Eden Hazard scored against Brighton & Hove at the American Express, while Solomon March returned one goal for the home side, but it was not enough.

Right now Chelsea are just 2 points behind the 3rd Tottenham, so they continue their fight to climb up in the table as much as they can. They still have chances for the title as well, but they need to be near perfect until the end of the campaign.

Leicester City on the other hand are 12th in the Premier League table with 22 points won so far and a record of 6 wins, 4 draws and 7 defeats. In their last five games the Foxes won just once – against Watford, made two draws and suffered two defeats in their last two games.

In their previous fixture Leicester suffered a 0-1 defeat against Crystal Palace at the Selhurst Park in London. The only goal in the game was scored by Luka Milivojevic in the end of the first half.

Before this, Claude Puel’s team suffered another defeat against Tottenham at the King Power Stadium.