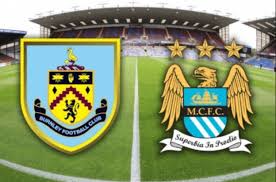 Burnley faces Manchester City in one of the decisive games in the title race of the English Premier League. This clash at the Turf Moor is going to be played on Sunday afternoon. Let’s take a look.

After beating Manchester United at the Old Trafford during the week, Manchester City are once again holding their fate in their own hands. If the Cityzens win all of their remaining three games until the end of the season, they will be crowned champions again. The visit to Burnley is the first step City must make towards the title. But it’s not going to be easy.

Right now Pep Guardiola’s side have one point advantage in front of the 2nd Liverpool. Against Manchester United the Cityzens showed their strenght and winning mentality, beating the Red Devils with 2-0 at their own ground. After an unsucessful first half at the Theatre of Dreams, City clinched the win with goals from Bernardo Silva and Leroy Sane. City really needed to win this one and they did it. 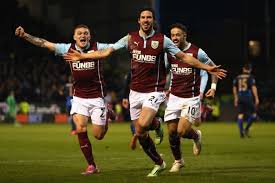 Meanwhile Burnley already secured their survival in the league. Sean Dyche’s team is 15th in the standings with 40 points and a record of 11 wins, 7 draws and 17 defeats. In their last five games Burnley won three times, made one draw and suffered one loss.

In the previous round Burnley showed that they are a dangerous team, winning a point during the visit to Chelsea at the Stamford Bridge. The game in London ended with a 2-2 draw. This should be a red lamp for Pep Guardiola. Burnley are not a team which we can call easy to beat. It’s quite the opposite.

The game between Burnley and Manchester City on Sunday is a match with a huge importance. If City make a mistake here, this could decide the title.