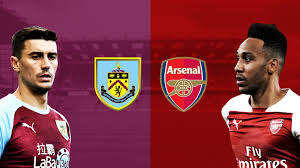 Burnley hosts Arsenal in a game from the last 38th round of the English Premier League. Stay with us, because we are going to take a look at this fixture at the Turf Moor.

At this moment Arsenal are 5th in the Premier League with 67 points won, trailing on 3 points behind the 4th Tottenham Hotspur. At this moment the Gunners have only theoretical chance to overtake Spurs at the 4th place, based on goal difference. But if they want this to happen, they must beat Burnley with a high score and in same time Tottenham must suffer a big defeat from the hands of Everton. This doesn’t look very likely.

Arsenal’s current form in the Premier League league is terrible. In their last four games in the league, Unai Emery’s boys suffered three losses and made one draw. In their last game they hosted Brighton & Hove Albion at the Emirates and only won a point with a 1-1 draw. Pierre Emerick Aubameyang opened the score from a penalty kick, but Glenn Murray equalised for the visitors, also scoring from a penalty.

In the same time Burnley are 15th in the league with 40 points, but the have some chance to overtake Newcastle United at the 14th place. Right now they are just two points behind the Magpies.

In their last three games in the league Burnley won only one point from the draw with Chelsea at the Stamford Bridge. They also suffered two losses against Manchester City and Everton. But of course, for them the most important thing is that they managed to survive and keep their place in the Premier League for at least one more season.

This is what we had to say about the Premier League clash between Burnley and Arsenal at the Turf Moor on Sunday afternoon. We wish you good luck!