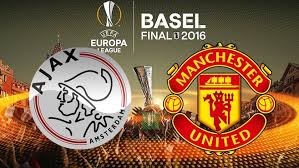 Ajax and Manchester United are facing each other in the big final for the Europa League trophy in Stockholm.

For Ajax this is a first European final since 1996, when they were beaten by Juventus for the trophy in the Champions League. They have one in the youngest sides in the tournament, which is why Ajax managed to gain the support of many football fans before the game.

As for Manchester United, this is their big chance not just to win the trophy, but also to qualify for the Champions League. The Red Devils finished 6th in the Premier League, so now they need to win the Europa League, if they want to return to Europe’s best competition next season.

There are some problems for Jose Mourinho before the clash. Defender Eric Bailly is missing the game because of injuries. Same could be said about Zlatan Ibrahimovic, Marcos Rojo, Luke Shaw and Ashley Young. They are all injured and they won’t be avaliable for selection.

As for Ajax, the manager Peter Bosz will be without the services of left back Nick Viergever, who is banned for the final.

This is a chance for Ajax to win a first European trophy since 1995, when a Patrick Kluivert goal allowed them to beat Milan for the Champions League trophy. There are a lot of similarities between these two Ajax sides. Mainly when we talk about age and how young they are.

This is going to be a battle between youth and experience. But who is about to win?